A Report on Diocesan Convention 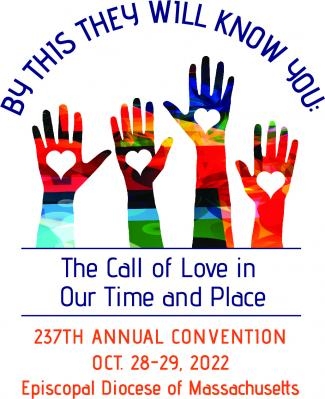 At the end of October, the Diocese of Massachusetts held the 237th Diocesan Convention. The day started out with a moving Eucharist, and in lieu of a Sermon, Bishop Diocesan Gates gave his annual Bishop’s Address. If you would like a full copy of Bishop Gates’ address, which you can read here. There were several orders of business addressed, a brief summary of which I've written up for you here.

The 2023 budget was approved unanimously. The 2023 budget included an annually updated formula for calculation of clergy compensation and benefits, which applies to full-time rectors, vicars, priests-in-charge, and interim priests.

The resolution presented by the Racial Justice Commission entitled Establishing the Episcopal Diocese of Massachusetts Reparations Fund passed without discussion or dissent. At the 2021 Diocesan Convention, a resolution passed to charge the subcommittee on reparations of the Racial Justice Commission was tasked with making recommendations as to the creation of a diocesan Reparations Fund to make amends for funds obtained by the Diocese that were a result of the enslaved labor of African and Afro-Caribbeans. Funding for the Reparations Fund will come as follows:

Given that the 3% draw from the budget does not begin until 2025, the Reparations Fund will have no impact on the Operating Budget until 2025. The $11.1 million fund is not a mathematical or precise number; as described by the Diocese of Maryland, “that figure was not a mathematical computation, but a moral one.” The Diocese of Maryland’s explanation, which we all felt was incredibly powerful, can be found here. While we were only shown approximately 10 minutes (beginning approximately 15 minutes into the video), we highly recommend the sermon in its entirety.

A second resolution presented by the Racial Justice Commission entitled Equipping Ordained Leaders for the Work of Becoming the Beloved Community, also passed with a nearly unanimous vote (Anecdotally, it appeared that most of the votes in the negative had to do with the wording of the resolution, not its substance or principal). The resolution establishes a requirement for all newly-ordained clergy, as part of their training, to undergo racial justice training, through a learning component, a practical component, and a conversational component.

Three resolutions were proposed by the Committee on Resolutions:

As many of you know, Bishop Suffragan Gayle Harris is retiring on March 31, 2023. Prior to her retirement, Bishop Harris is taking a long overdue sabbatical, and as such, her last day in her current role is December 31, 2022. Given that the search process for a new Bishop Suffragan is long (typically 16-18 months) and is prohibitively expensive, Bishop Gates, in his Bishop’s Address, proposed appointing an Assistant Bishop, a role authorized by church canon but vacant in Massachusetts for thirty years. Following his proposal, the Standing Committee proposed a Resolution to Appoint Assistant Bishop. Bishop Gates, with the advice of the Executive Committee and the approval of the Standing Committee, has the authority to appoint an eligible bishop for this position. While concerns were raised about Bishop Gates using his authority to appoint an Assistant Bishop without a full search, the priority of the Diocese in the coming years is contributions to the Reparations Fund; the high cost of a search committee would detract from that work. Additionally, Bishop Harris has an extensive role within the Diocese; the Diocese would lose that work during the period of a search committee.

A final resolution, Resolution in Thanksgiving to God for the Episcopacy of The Rt. Rev. Gayle E. Harris, acknowledged and thanked Bishop Harris for her years of service, and acknowledged all of her contributions to the Diocese during her tenure.

Images below: Friday evening hymn sing & A light moment with the bishops following the service. 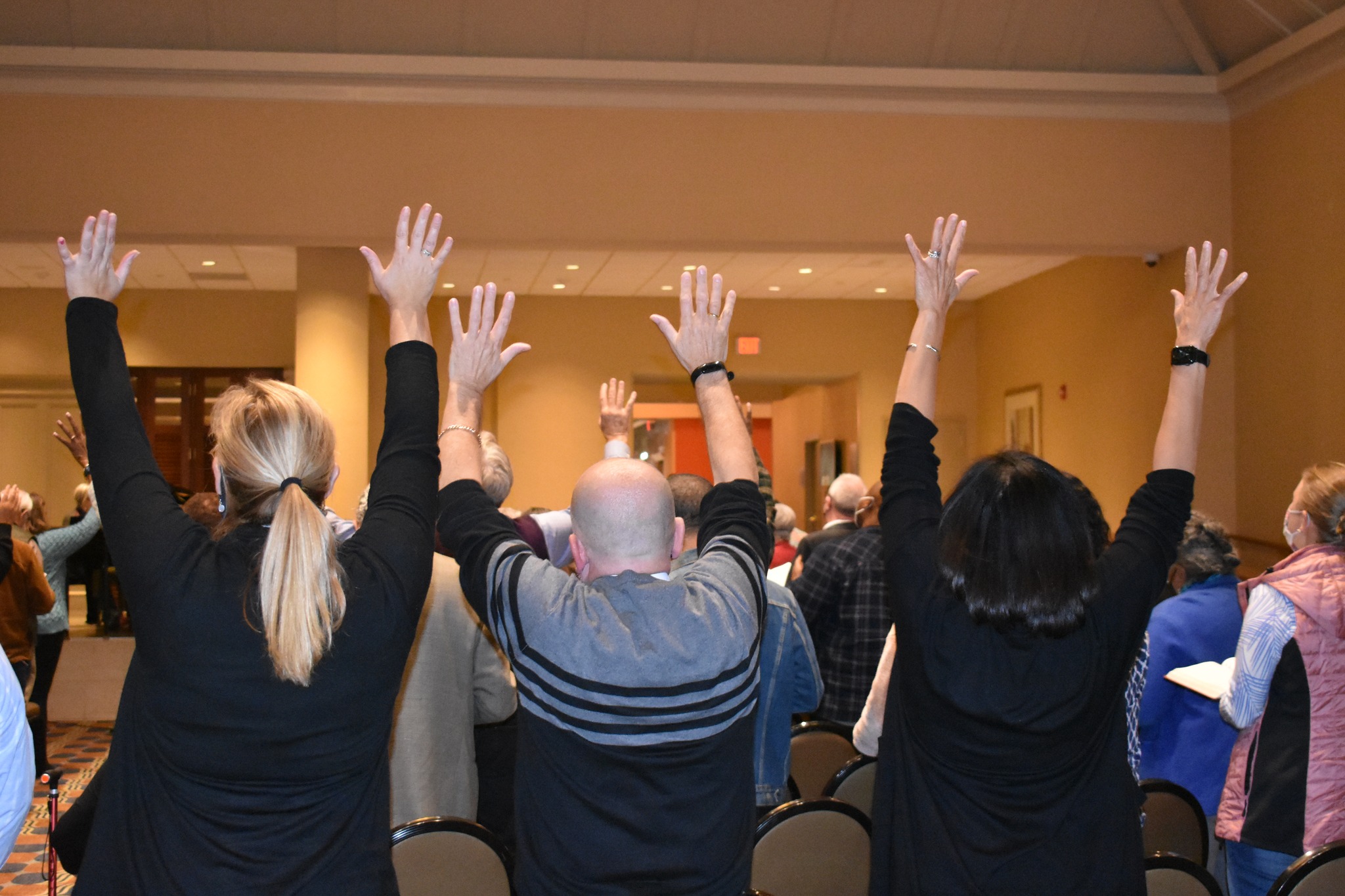 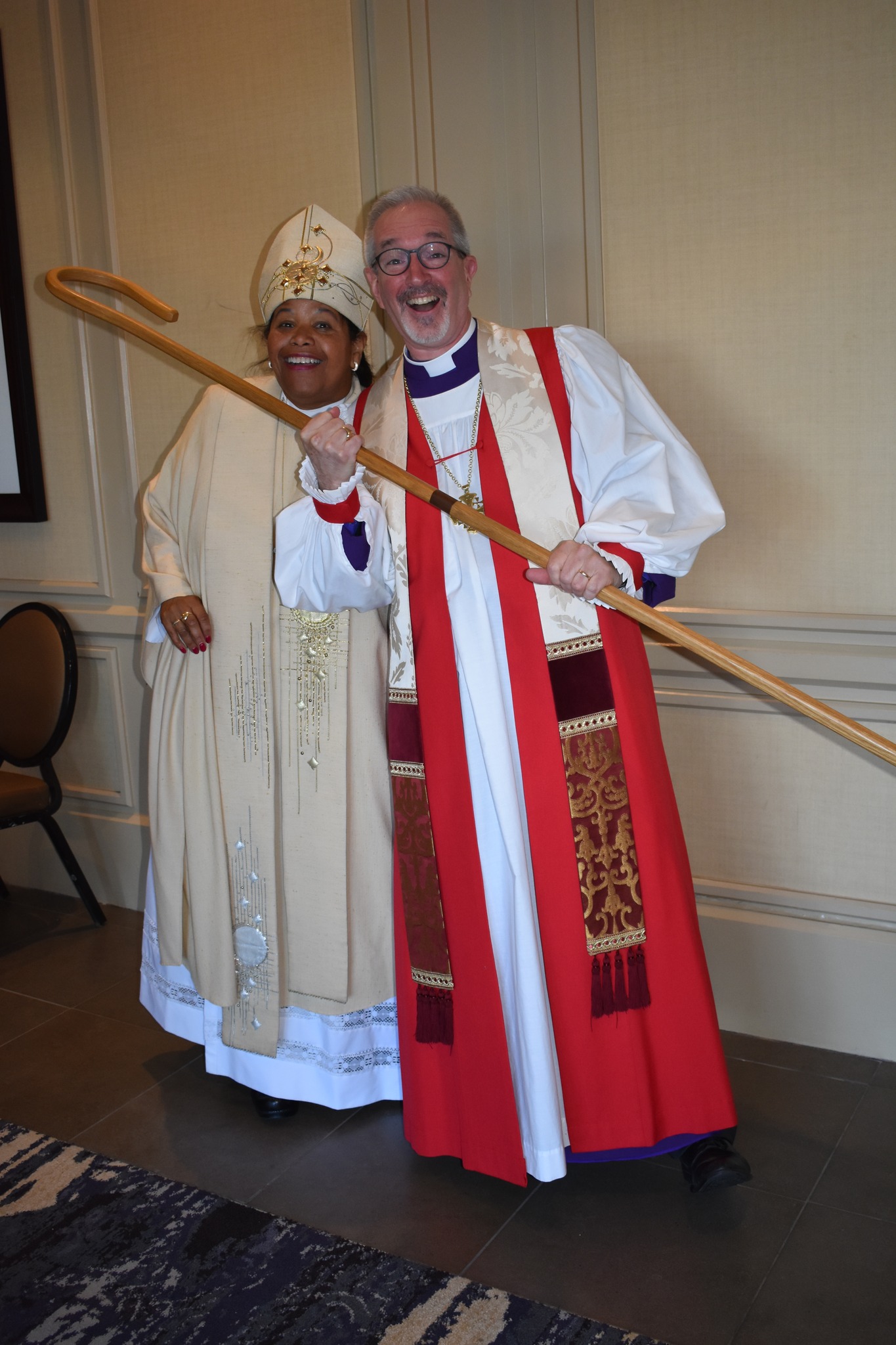 Tags: Events / Vestry & Delegates / What is the Episcopal Church?

Welcome Welcome from Our Rector I'm New What is the Episcopal Church? Clergy & Staff Vestry Life Events Our Ministries

Delegates to Convention and Deanery

Early on Sundays, St. Paul's gathers for a simple Eucharistic Liturgy with no music. This service runs about 35 minutes long.

Join with the community of St. Paul's Natick as we gather later each Sunday morning for a Eucharistic Liturgy with our choir and music minister. This service runs a little over an hour long.

Stewardship is about more than money. It’s about giving our time, talent and treasure to take care of the world that God has created for us. As God’s people we are stewards of creation. St. Paul’s receives no financial support from the Diocese. Our rector, staff and programming would not be possible without contributions from you.

Our campaign theme is More than Enough, and it comes from the end of Luke’s version of the feeding of the five-thousand. Responding to Jesus’ call, the gathered crowd turns their pockets inside out, shakes out their blankets, rummages through their parcels to find enough to take care of the needs of the community. And what do they realize? That by the miracle of faith and the action on Love, there was more than enough, an abundance of leftovers!

Every gift of wealth, works and wisdom goes toward our ministry and mission, and your gift is essential to us.

Find out more about our 2023 Stewardship campaign